The 1970s were a time of great innovation and creativity, and this was especially true when it came to the world of toys. One particularly popular toy among kids during this decade were walkie-talkies.

For those who may not be familiar, a walkie-talkie is a handheld, portable radio that allows users to communicate with each other over short distances. They were first developed during World War II for military use, but by the 1970s they had become a popular toy for kids.

One of the reasons walkie-talkies were so popular with kids was because they allowed for imaginative play. Children could use their walkie-talkies to communicate with each other while pretending to be spies, detectives, or even astronauts. They could also use them to stay in touch with their friends while playing outdoors or on long car trips.

In addition to being a lot of fun, walkie-talkies also helped kids to develop important communication skills. They learned how to listen carefully, speak clearly, and use proper radio etiquette.

Another reason walkie-talkies were so popular was because they were relatively inexpensive and easy to use. They didn’t require any special setup or installation, and all you had to do was press a button to talk and release it to listen.

The GI Joe Walkie-Talkies were a hit with kids because they allowed them to play out their own military adventures. They could communicate with their friends while pretending to be soldiers, commandos, or special forces operatives.

The GI Joe Walkie-Talkies were also popular because they were well-made and durable. They were designed to withstand rough play and could handle the wear and tear of everyday use.

In addition to the GI Joe Walkie-Talkies, there were also other brands of walkie-talkies available in the 1970s, including the Radio Shack and the Space Ranger. These walkie-talkies were also popular with kids and offered similar features and benefits.

Overall, the 1970s were a great time for walkie-talkies and they remain a fondly remembered toy for many people who grew up during this decade. Whether you were a fan of the GI Joe Walkie-Talkies or one of the other brands, there’s no denying the fun and excitement that these handheld radios brought to childhood play.

How Old Is Gladys Guevarra? 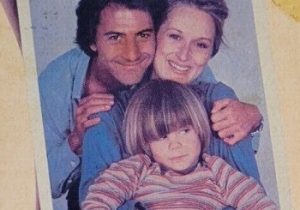