Hot Hands, also known as Red Hands, is a fun and fast-paced 1970s playground game that is perfect for kids and adults alike. It is a game of quick reflexes and hand-eye coordination that can be played with just two people or a large group.

There are a few variations of Hot Hands that can make the game more challenging or add an element of strategy. One variation is to play with three or more players, with the person in the middle trying to slap the hand of one of the players on either side before they can withdraw it. Another variation is to play with a small object, such as a coin or a rubber ball, which the players must pass back and forth quickly using only their hands.

Hot Hands can also be played with a time limit, with the players trying to slap each other’s hands as many times as possible within a certain time frame. This can add an element of pressure and make the game more intense.

Overall, Hot Hands is a simple yet exciting game that is great for all ages. It is perfect for a quick burst of energy during a long car ride or a rainy day indoors. So the next time you’re looking for a fun and fast-paced game to play with friends or family, give Hot Hands a try.

You know, if you can stand the sting and don’t mind some mincemeat hands. 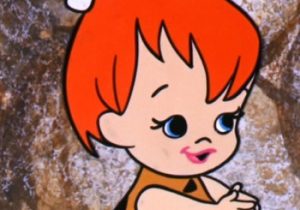 Does Pebbles wear green or orange?