Hard to swallow, I know. But you have to face the facts.

You’re a smart person, so you know by now that Trivial Pursuit and its various editions exist for one purpose and one purpose only …

To make you look, feel, and smell like the idiot your wife/husband/child/co-workers think you are but won’t say out loud (probably).

But even within this soul-crushing universe, there are some Trivial Pursuit categories specially designed to drag you down like Al Bundy on wide-shoe sale day. And those category colors will forever haunt your dreams.

So , as you venture into that big, mean world out there, avoid these nasties at all costs.

This is pretty much the one that started it all, right? I mean, you know when you land on green you’re screwed.

Even if you are smart.

Even if you have a science degree.

The whole damn ball of Trivial wax was built around this category so the creators could feel good about themselves knowing that millions of Americans are sitting at home on any given Saturday night, struggling.

And even when you know the answer, you’re never really sure.

Is a spider an insect?

Yes. No? I mean it crawls and stuff but … eight legs? Does that matter. Crap!

Guys tend to get cocky when it comes to our sports knowledge.

But there are enough cards and categories in the All-Star Sports Edition that you’re going to get tripped up.

And that’s especially true for the Catch All category, where hideous questions about hockey-and-other-hide-in-the-dark sports lurk.

What color lights signal the end of a period in the NHL?

Gray, maybe white on a good day. Ain’t nothing cheery about a game that chooses to play in Narnia every night.

They represent the bright and shiny future that Americans envisioned after World War II ended.

They built profitable companies and employed millions of their fellow citizens.

They birthed us Gen Xers (thanks, Mom and Dad!).

And now they’re getting old and still trying to do stuff with technology, which is precious.

But ain’t nobody knows what the hell happened in the 1950s and 1960s beyond Elvis, The Flintstones, and drugs. We especially don’t know what happened in “Publishing,” whatever that may be.

What wife of a prime minister told her side of the story in Beyond Reason?

Movies are great, and I eat as many as I possibly can these days. It goes with getting old and tired.

And there are plenty of people right here on the interwebs who live, breathe, and excrete movie stuff all day long.

But we’re talking the Silver Screen Edition here, and that just screams dusty and obscure. Like, when was the last time anyone even said, “silver screen”?

And when the questions turn to Settings from those long ago film classics? Just accept your ass when the card-reader hands it to you, and be thankful it was just one question.

So, the original Genus Edition of Trivial Pursuit was supposedly too hard for the youngins (who, by the way, were us back when this was all going down).

Give the kids their own Young Players Edition, with easier questions and even a category or two tailored for the children (as always, think of them!).

But the problem with kids games, even when they were your games at some point, is that they make most adults look like outright fools.

And, you make think Games & Hobbies would be a cake category, but tell me, old wise one …

What official insignia does a Brownie get for flying up to Girl Scouts?

The RPM Edition is an outbreak of the Baby Boomer Edition.

“RPM” refers to revolutions per minute, as in how fast a record — an actual vinyl record — spins.

But you knew that. If you didn’t, you’re completely hopeless here.

Even if you did know it, though, we’re talking about musical things our parents are supposed to know about. For this category in particular, Your Mother Should Know …

What chestnut exults, “Oh! Whisky is the life of man, whisky for my Johnnie”?

The Welcome to America Edition (also known as The Edition Donald Trump Did Not Create) has all sorts of non-patriotic categories like “America” … “Americans” … “Made in America” … “America, Just Better” (OK, maybe not).

You’re American (maybe, not necessarily, though), so you’re going to feel really bad when you answer less of these than your average Dachshund could muster.

How did self-centered rum-runner Bill McCoy describe his product to potential clients?

If you’re a parent, you know that Disney is there to shiv you in the spleen every time you turn around.

“Can’t-miss” vacation to Disney World that you’re a dick if you don’t mortgage your house for? Check.

Star Wars franchise in shambles at your feet? Check.

Scrooge McDuck you get confused with Donald and about ten-other lookalike soundalikes? Check.

Which is farther from West Berlin — Buenos Aires or Honolulu?

Check. And they score bonus points for the vague reference to Nazi-escape-route conspiracy theories.

If you grew up in the 70s or 80s, the 60s are kind of a dead spot in your mind — too recent (in your life) to really count as history, but too far back for you to have any personal recollections.

Hell, that “dead spot in your mind” part goes if you grew up in the 60s, too (but for altogether different reasons).

So, even though you may think you know a fair bit about the decade that brought us The Beatles and The Beaver, you don’t.

What journalist pioneered injecting gin into the stomach with a giant syringe?

Gotta be my real dad.

Now this is your wheelhouse, right? I mean, you lived through the 80s … you thrived in the 80s.

Maybe, but there is so much obscure crap going on all the time, everywhere, that there’s no way you can know all of it.

Or even a fraction of it.

What city’s 80s in-crowd swarmed to the restaurants Exterminator Chili and Cafe Pig?

Check out our other articles about Trivial Pursuit categories: 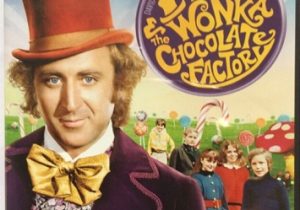